After the successful launch of CS GO, it didn’t take the game players much time to realize the potential of the game and the fact that what they actually have in their hands is a revolution in the FPS genre.

And even though its predecessors have also won a lot of hearts, but there is a fair chance that it has won even more of them. What makes the game so special is that it combines all the best features from previous games and throws into the trash the ones that attract no one (Especially when you merge two of the best parts together and create CS GO retake servers).

For instance, the game includes modern features like weapon skins but eliminates the negatives that could be found in other games, like client-side lag that has been a major complaint of the players.

At the same time, the game looks and feels decidedly different from its predecessors, not to mention being better than them in pretty much all respects.

This also includes shooting modes. Although there is an option to maintain the original shooting mode, most people have an urge to play other exciting modes that have been developed over the years.

And of course, there are certain game modes that are bound to become even more famous as the game develops, and retake servers are considered to be one of them.

What is cool about this shooting mode is the fact that it offers a newer, better, and more exciting experience of rivalry and competition.

What Are CS GO Retakes?

Retakes are a brand new shooting game mode in which a team has to stop the attacks of the opponents from the bombsites, which they have just taken.

And it is done by one of the teams pushing forward in an attempt to determine whether or not they can reclaim a bombsite from the opponents.

That is the time when the other team comes in to save the day and take the bombsite back.

Taking into consideration the rest of the team’s actions, it is clear that this game mode is far more dynamic than the ones that have been presented before. For instance, it is not a usual thing for a team to remain at the same place for too long. It mostly happens when one of the teams has a working strategy on how to defend or attack a particular place, the bomb plants or the kills made by some of the players.

However, in this case, things have changed and they are not the same as before.

Consequently, the dynamic nature of the gameplay is enhanced even further, which makes this shooting mode one of the most exciting and thrilling ones that players can find in any game.

Can You Play Retakes Officially With Operation Broken Fang?

Well, the answer to that question would be a negative on the whole.

However, you can still enjoy the thrilling and running game modes that are available only for the matches between the members of the same team playing against each other. Basically, this is a twist on the standard game mode that allows the players to choose between retakes and the standard ones.

And there is nothing wrong with that, except for one thing. That is, the game developers have decided to let the players enjoy this mode, but this cannot be done through the official game servers. But, that does not mean that the game is devoid of retakes.

There are many CSGO retake servers in existence, including the official ones. So, it is possible to determine that the developers still did not want to let go of this shooting mode.

And although the official servers do not support it, it is still feasible to play it against the teams from the same organization. Or, if you prefer to play against the terrorists through the retake servers, it is also possible to do that.

Of course, it will be a different experience and would be a lot more dynamic to play against the counter-terrorists, who have been practicing the routine of taking or defending the bombsites.

Being a professional game server provider, Snksrv is well-known for providing high-quality services that cater to almost all needs a game owner or a casual player might need.

Therefore, when it comes to CS GO retake servers, Snksrv could be the best choice out there. Also, it is one of the few providers that offer to run the servers at full capacity without any problems. So, customers have nothing to worry about.

And by doing what the best in the business are doing, there is a fair chance that it is going to please a large number of people. Also, the options in editing the retakes are available, available in these servers.

Regardless of the fact that many people are not familiar with this provider, they should definitely consider it as an option. And it is clear from the looks of it that it is one of the best choices that gamers can make.

For starters, not only this provider comes with top-notch quality and the latest models of hardware, but it also modifies both the gameplay and the speed of the gameplay in favor of the players.

And it all happens with the help of the latest equipment, like the newest Intel processors that can be found in the server. And at the same time, the customers will be impressed with the fact that this choice for a retake server is extremely fast.

It comes as no surprise when you consider a fact that the server provider is among the top experienced ones.

Being another one of the best choices when it comes to servers, Healon Gaming has got what it takes to become a favorite among the customers.

That is the reason why many people recommend it with a passion. And after taking a close look at the features that it offers, there is a good chance to make a point that it is one of the best choices that the customers should make.

For starters, it will be a good idea to mention the fact that the prices fit the budget of almost every customer around the globe. And that is what matters the most when it comes to choosing a server for the online game. What makes the choice even better is the fact that it has all the latest technologies that are needed to run an effective retake server.

In fact, there is no doubt about the fact that it will be one of the best choices the players can make when it comes to choosing a retake server online.

As a matter of fact, this provider should be on the top of the list for the customers who want the best possible choice. And to get a better understanding of what this provider has to offer, it is a good idea to explore what it has to offer, including the experience and knowledge.

After all, it has been in business for over a decade, which is a rare thing for a server provider. Therefore, it is fair to assume that it has achieved enough experience to please all the people out there and it is very likely that this provider is going to satisfy all the customers no matter what condition they are in.

What is more, it comes with low ping rate, which is exactly what the multiplayer gamers need. They need low ping rates to make sure that they do not get killed due to the lag.

While CSGO isn’t in its early days anymore, it is obvious that it has all the skills to become one of the most successful FPS games in history.

And the thing that makes it so special is the fact that it offers something new and something exciting to the players.

From the weapons, maps, features, and shooting modes, everything is fresh and new, and there is no doubt that the developers will introduce new content as time goes on.

What makes people love the game is the fact that it is not just a shooter with cool graphics. It also has a lot of things to offer and things to consider.

For instance, the weapons, the game modes, the game strategies, and the different game types.

So, if you are looking for the most thrilling experience in an FPS game, go ahead and check this game.

If you do it soon enough, it is obvious that you are going to fall in love with it, just like millions of people all over the world have. 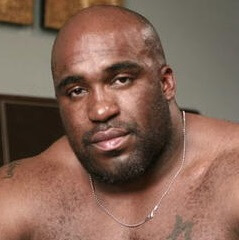