How To Host A Rust Server In 10 Easy Steps [Setup Your Own Dedicated!]

There's no denying that Rust is one of the most popular games on Steam right now.

It has a pretty steep learning curve, but once you get to grips with it, there are few better ways to spend your time.

But hosting a server for friends and family can be an expensive and time-consuming affair!

Thankfully we've found 10 easy steps to set up a Rust server in minutes which will cost much less than if you were renting from somewhere else!

Before you start, are you worried you will run into issues? If you get stuck at any point during this tutorial, ask us in Discord #Techsupport and we will hopefully be able to assist.

Want to see what a Modded server looks like? Check out our server today!

How To Host A Rust Server On Windows

Setting up a Rust server doesn't need to be hard. Below is a quick and easy 10 step in-depth guide to starting your very own dedicated Rust server that anyone from around the world can join. Run-on the latest spec out servers with ddr4 ram and 2.5ghz up. It offers a very competitive price to performance ratio while offering other services such as DDOS protection, fast support response time, and backup options.

The first thing you need to do to get your own dedicated Rust server is to create an account at Vultr. If you use this link you will get a free $25 credit. This will help offset the cost of paying for the server while you get people on.

Use our link below to signup for your new game server and get $100 credit you can use.

No coupon is required.

Click Sign Up on the top right-hand side and if you used the link above, your credit is applied automatically.

On this page is where we are going to deploy our new Rust server. The next thing to do is select the type of server and where in the world it would best suit you. Select the "Cloud Compute" option as this will allow you to use a part of an entire dedicated server as that would be much more expensive.

As for the location, it's best to select what location is closest to you for best performance (ping). Otherwise, if you are looking to give your players the best ping while reaching as many of them as possible (In the US) it would be recommended that you select Dallas.

The next thing we need to do is select the server type. It should automatically have "64 Bit OS" selected, if not, do that now. Out of the 8 options that are on the screen, select "Windows". Once you click that, it will give you 2 options. Select the top one "2016 X64".

Step 5. Choose the resources you need

Now it's time to select server size. Typically at idle with no one on the Rust server, it will be using around 3GB of ram. This is something to keep in mind as the more people that join your server, the more ram it will use.

If you are looking at having a small Rust server with 10-15 friends then the $40 a month server will work perfectly for you. However, as many people know, Rust is much more enjoyable with more people.

This is why we recommend going to the next tier up. At 8gb of ram and an extra 2 CPU's your server will be capable of running almost anything you throw at it. From vanilla all the way up to 1000X battlefield servers with over 50 mods.

Almost there for server setup. While some of the larger servers with 200+ players might require DDOS protection, it would not be recommended when you are just starting out (You are able to change this later). Set the name of the server and click "Deploy Now".

Once this is complete it will take you back to the products page. Along with the server that you just started (It should take about 10 - 15 minutes to complete setup). Once this is done, it will say "Running" under status.

When you select your Rust server it will take you to the area that you manage said rust server, within Vultr. At this point, you are ready to remote access into the server and start installing your rust server client. Select "Download RDP connection" (This is the laptop button 3rd across from "Password"). It will ask you to put in your username and password. These are located next to the button you just clicked to open the RDP.

Download WindowsGSM onto your server, you can find the link here. WindowsGSM (Windows Game Server Manager) is exactly what it's named.

Please Note: The windows server doesn't come with the appropriate dependencies (.NET Framework 4.7.2) make sure you download this onto the server. Once you have installed this, restart the server and you will be able to open WindowsGSM. 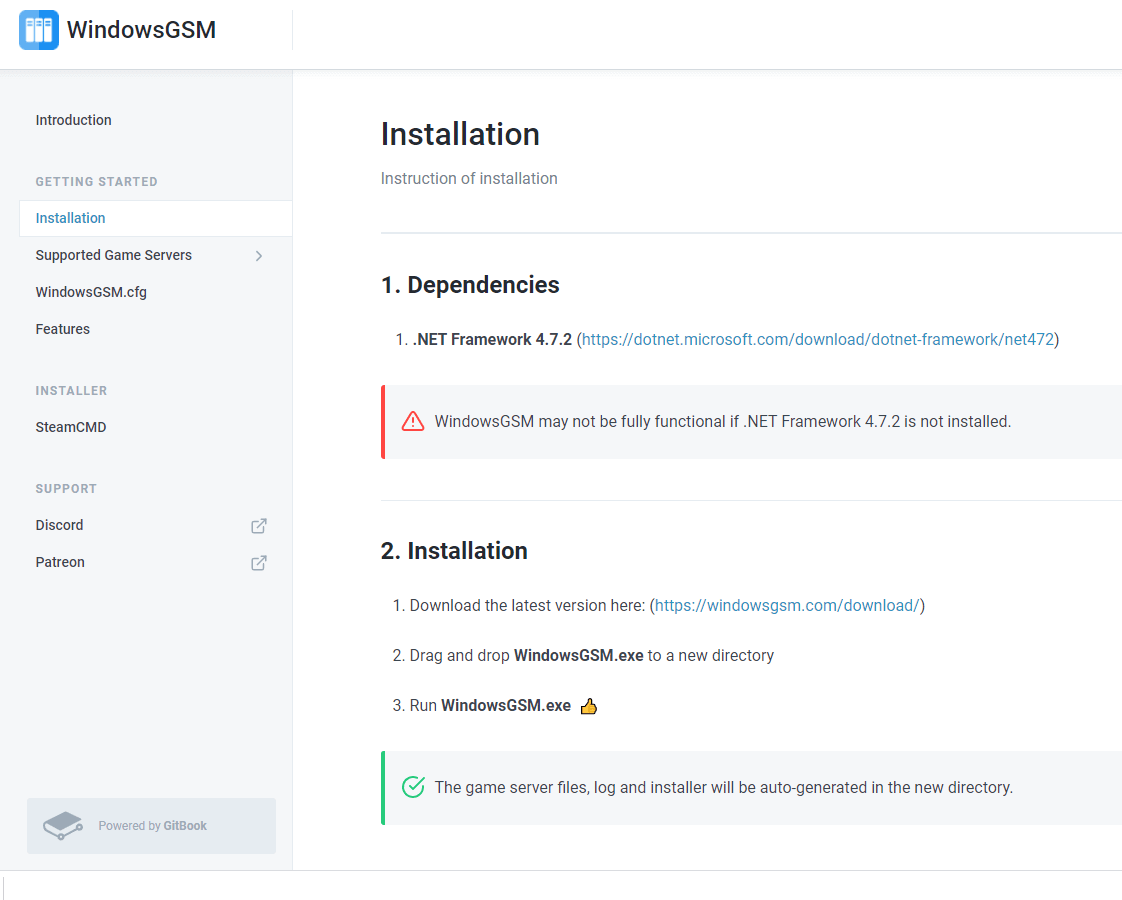 The final thing is to select the "Game Server" as Rust and give it a name. Click "Install" and wait a few minutes. That's it! Your server is now live.

Now, these are the recommended requirements for a Rust server. The best dedicated server hosting services offer servers with the following specs:

Sometimes finding a server through the in-game search console is difficult. Even putting the entire name in doesn't guarantee it will pop up. This is why "Direct Connect" or joining a Rust server by IP works wonders.

To start you will need the IP address of the server you want to join. This can be found either on the server's website, on a Rust-supported website (Such as Just-Wiped), or from a friend.

Beware what lurks in the shadows. Rust is a post-apocalyptic video game where players have to fight for survival, and they face many challenges on their journey from hunger to thirst. It's up to you how your character deals with these hardships - go raid other survivors' bases or venture into dangerous territory?

The only way to survive in the game is by building a shelter and defending it from enemies. The same loot can then be traded with other players for better weapons, equipment, resources, and many more things that will help you thrive in this hostile world.

What Type Of Rust Servers Can I Setup?

When you set up your very own Rust Server, you have the option to create one with any mods and plugins.

Here are some of the most common rust server types people set up on their own server.

Now that your Rust server is up and running you can either leave it and let everyone enjoy Rust in its entire glory or you can easily mod the server through oxide (Rusts modding files). Please let us know in Discord if you have any issues, we frequent these blogs regularly and try to keep them updated to make it as easy as possible.